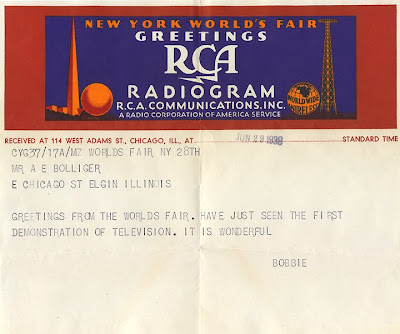 This radiogram was sent from the 1939-40 New York World's Fair. Gayle Bridger gave me this artifact after finding it among her mother's scrapbooks. Her mother, Roberta Barringer Bolliger (1912-1995), mailed this message to Albert Bolliger (1913-1994) after seeing television for the first time at the Fair.

Gayle tells me that Roberta (known informally as Bobbie) visited the Fair with another friend, starting by train from Illinois where Bobbie wrote Al reassuringly, "All girls on our coach, so I'm safe." Bobbie and her friend continued to New York by the Hudson River Day Line, staying at The Roosevelt hotel in Manhattan. Among their souvenirs from the Fair is a postcard from the Ex-Lax exhibit in the Hall of Pharmacy. 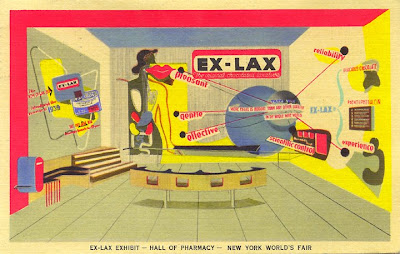 Gayle adds that Bobbie and Albert married soon after the Fair. 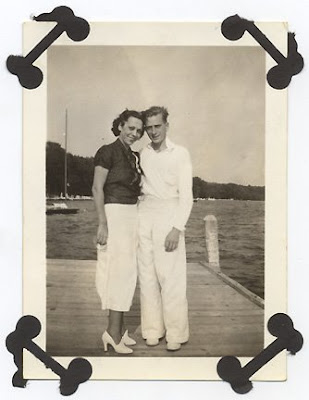 Many thanks to Gayle Bridger for sharing these artifacts with me and my students.
Email ThisBlogThis!Share to TwitterShare to FacebookShare to Pinterest
Posted by highway163 at 6:01 AM

Love the telegram, love the ExLax postcard, and LOVE her shoes...your dad was a hunk, and Bobbie very fashionable. Nice to see life before television homogenized it... ji