Following up on yesterday's post about Vienna Street Art I'm sharing a few more of my favorite hand-painted pieces seen during a July 2010 trip to Austria's capital city. While most of my finds were located at the Donaukanal, some reside along the side streets along Marxergasse, which I traveled on my way to seeing Hundertwasser Village. Yes, I'll write a complete report of my European adventures later, one that includes some of Vienna's more traditionally touristic spots. But today is dedicated to the city's funkier environs [Click images for larger views]. 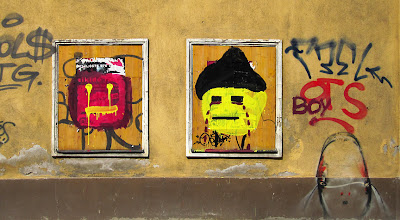 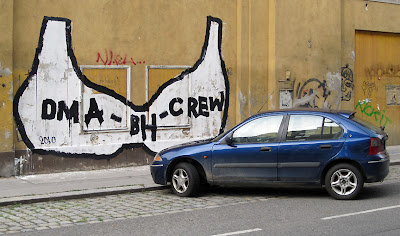 There is anger on these walls, but humor, pathos, and joyful absurdity too. As with the street art found in most any urban center, these pieces convey a sense of the alienation that many city-dwellers face. Contemporary cities are built for order; their bulging populations and the very real threat of violence demands it. Yet the space for critique, for surprise, for a personal encounter with the unknown is often edited out of the environment [see my pix of Viennese stencil art for more illustrations]. In response, these artists appropriate the urban canvas, both for their own gratification and for the purpose of social transformation. 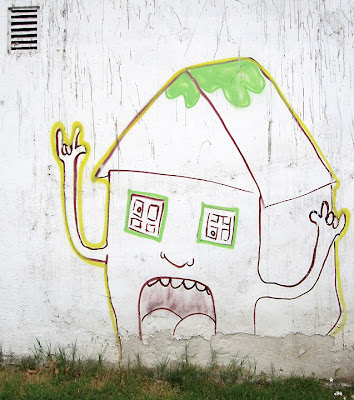 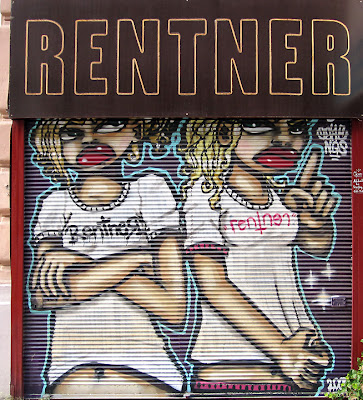 The garish colors found in many of these pieces, along with their cartoonish icons and the role of brain-altering chemicals in their production, inspire a kind of childlike whimsy. At the same time, most street art resides in the context of urban decay and despair. It is therefore a strange feeling to wander these streets as a tourist, my tripod hung over my shoulders as both a totem of my detachment and a would-be guaranteer of my security. The meaning of these pieces can never quite be separated from the possessions and perceptions of those who view them. 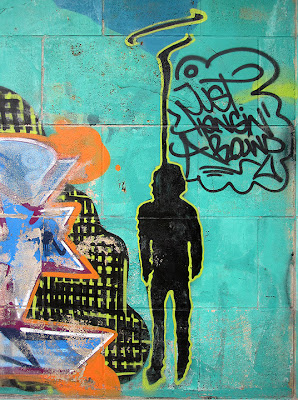 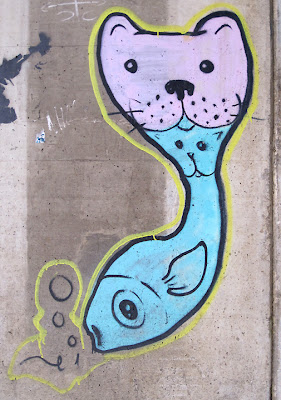 Seeing these examples of street art reminds me (as so many things do) of William Gibson's semiotic ghosts, pieces of ephemera that convey bits and pieces of lost culture, glimpses of alternative worlds that reside in the abandoned or ignored parts of the city. A semiotic ghost need not be aggressive or shocking, though. Like an old piece of wallpaper discovered when you strip the most recent layer of paint from a surface, semiotic ghosts possess the power to take you to other times and places. Sometimes you return quite a bit different than when you left.

(Photographs by Andrew Wood)
Email ThisBlogThis!Share to TwitterShare to FacebookShare to Pinterest
Posted by highway163 at 9:29 AM

We just a saw a street-art documentary which I highly recommend: "Exit Through the Gift Shop". Here's the trailer: http://www.youtube.com/watch?v=GTlm6dU2xHk

I've heard good things about this one. "Exit" is now on my Netflix saved queue. Thanks for the tip, Chip!