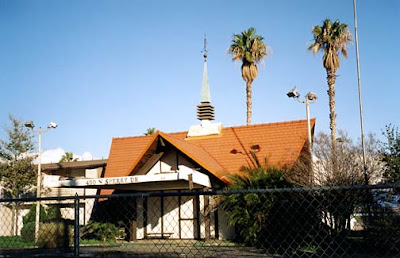 I'm trying something new today: a guest blog-post. The following is from Brett Lucas, who emailed me a thoughtful reply to a website I posted some years back about Holiday Inn: Wal-Mart of the Hospitality World. His post follows:

At the peak of Howard Johnson’s empire in 1969, he had approximately 500 motels and 1,000 restaurants, whereas Holiday Inn had about double the hotels that same year. While Holiday Inn was a larger chain, I would argue that both chains were mid-range (price-wise) in terms of place project packaging (Jakle, 1996) at the same time period, and neither chain was aimed at the budget traveler. Howard Johnson was also instrumental in use of architecture (a-frame gate-lodge with cupola, orange roof, etc) of the building and colors as part of the marketing of the product. International House of Pancakes used the same concept in developing their restaurants. 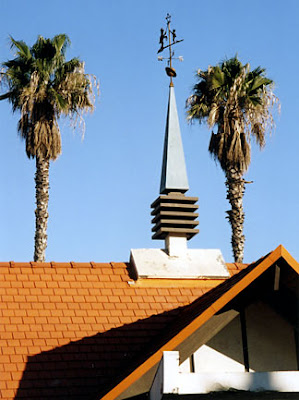 It wasn’t until the mid 1970s until some of the budget chains like Econo Lodge, Super 8 and Motel 6 became well established (due to the oil embargo and other economic challenges), taking a larger share of the lodging industry from mid-range chains Howard Johnson’s and Holiday Inn (to a lesser degree) suffered two downfalls in the 1980s. The first downfall was the take over by larger corporate conglomerates; Marriott, and Hotels Inter-continental respectively; and the respective chains lost direction of their product placement in respect to increasing competition of other chains. The second downfall, or change in the marketplace, was the shift in the traveler wanting a motel with extra amenities such as coffee shops and exercise facilities (one pays extra for the motel room to subsidize the on-site coffee shop, unless it is an off-site coffee shop like Denny’s); to budget hotels that have minimal amenities (often just a swimming pool and no on-site restaurant) and often offer a free continental breakfast. With the influx of other food/restaurant offerings, and the Interstate Highway System, budget conscious travelers now see a motel as a bed and a shower, and are not looking for many of the other amenities that were sought after in previous years. Mid-range motels such has Howard Johnson’s and Holiday Inn, also got the squeeze from the other end of the lodging spectrum, in the area of hotels with suites and extended stay facilities (i.e. Homewood Suites, Courtyard by Marriott, etc.), aimed at the longer staying business traveler, offering more amenities geared toward families and business travelers. 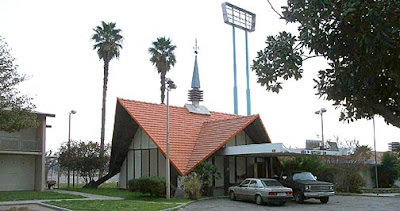 As American travelers have gone from a three-tier system of motels (budget, mid-range, and luxury), to the preference of a two-tier system (budget and suites/luxury), mid range chains such as Holiday Inn (not including Crowne Plaza and Embassy Suites) and Howard Johnson’s have had a difficult time recalibrating to changes in travelers needs. As a result of the changes in the lodging industry, and “amenity creep” from the budget motels, new mid-range chains such as Day’s Inn and La Quinta Inns & Suites have come to fill in the void left by Howard Johnson’s, as well as encompassing the suite market. Could the fate of Howard Johnson’s been the unintentional generational phenomena, of “Not my fathers Oldsmobile,” and just did not keep up with the changes of the American traveler?

Brett Lucas is a planner who works for the City of Vancouver in Washington State. Brett has a MA in geography from Cal State East Bay ('05) and a BA in geography from Oregon State University ('94). He appreciates your comments on this post. Photographs of abandoned Howard Johnson’s in Colton (CA) by author.

Email ThisBlogThis!Share to TwitterShare to FacebookShare to Pinterest
Posted by highway163 at 1:40 PM