Some of my favorite examples of Mexico City street art - from a 2018 visit to the Colonia Roma and Colonia Doctores neighborhoods. 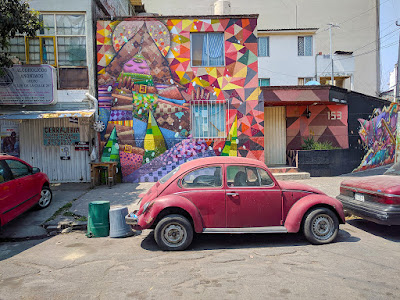 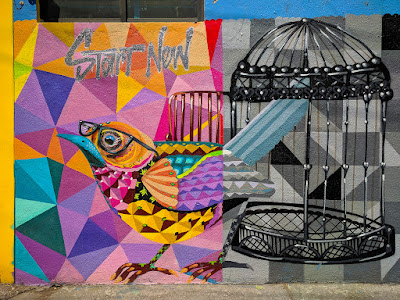 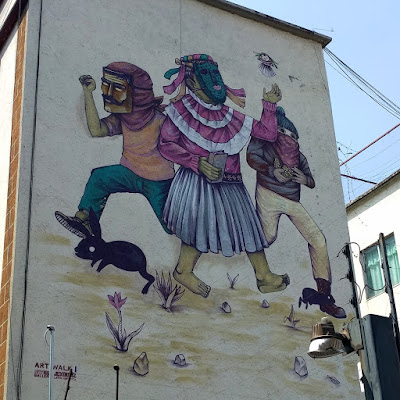 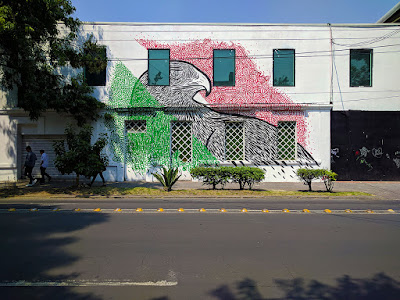 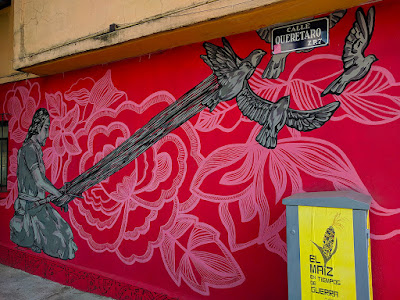 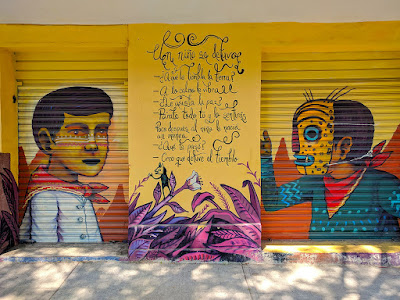 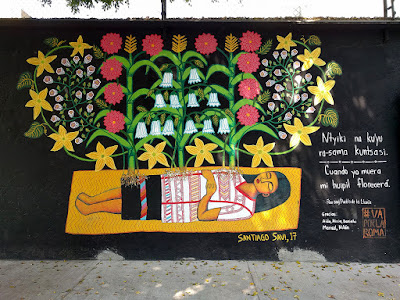 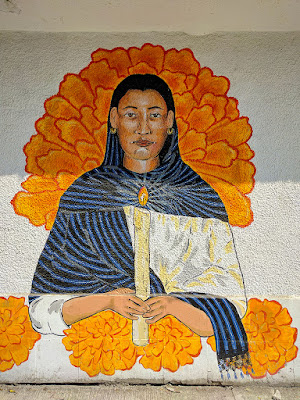 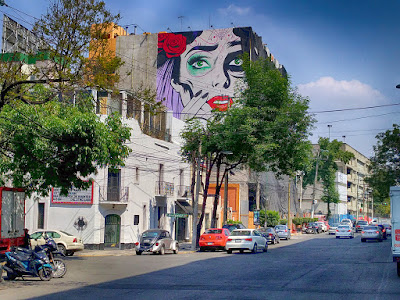 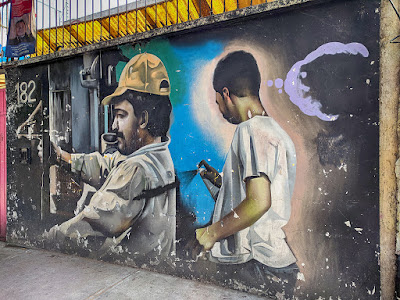 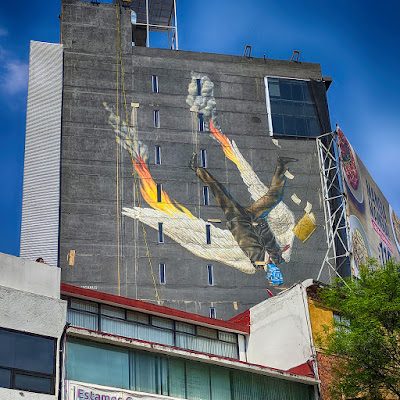 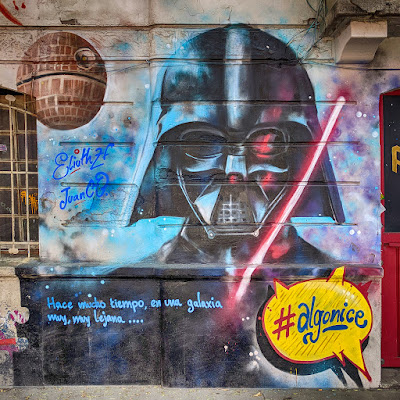 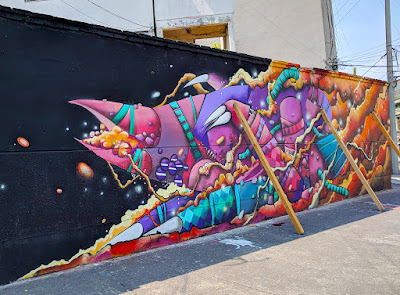 Email ThisBlogThis!Share to TwitterShare to FacebookShare to Pinterest
Posted by highway163 at 8:12 AM 1 comments 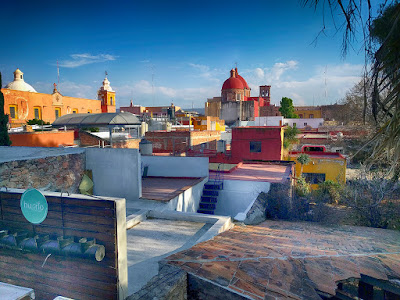 Savoring happy memories of my recent return to Mexico, here are a few highlights that I posted on Facebook during the trip. 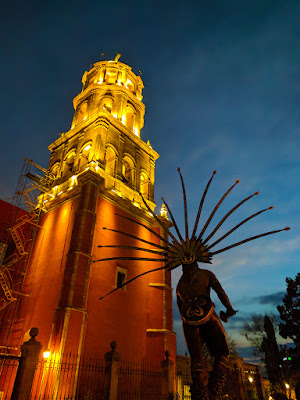 So happy to be back in beautiful Queretaro - and almost ready for the chance to deliver lectures at Tecnológico de Monterrey. Topics include "Free Speech, Social Media, and the New Digital Commons," "Building Confidence as a Public Speaker," and "Presenting Technical Information to Nontechnical Audiences.” I'm also gonna meet with their Writing Center staff and present talks at Irapuato and León campuses: 11 lectures in all. I’ve still got some prep-work to do, but I also want to walk into the gorgeous historical city center for a meal and maybe a couple mojitos. Playing tonight means that I need to get up super early tomorrow. But that’s a problem for Future Andy. 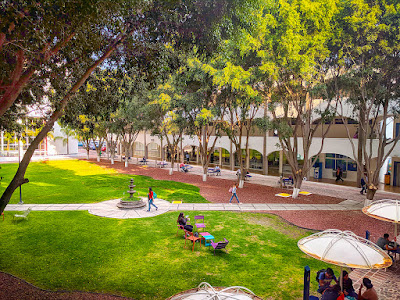 Just finished my morning lecture: “Presenting Technical Information to Nontechnical Audiences.” Believe it or not, this was a “new prep” for me. And I’m glad I did the work to pull this thing together. It was such a fun opportunity to explore effective slide design, evocative analogy construction, and the use of physical demonstration to teach. On that latter topic, I learned something too.

Inspired by Roy Tennant’s example of the best way to explain internet packet switching, I organized a small group into a "message" composed of four student “packets” and challenged them to cross the room while avoiding students acting as data "disruptions" (illustrated by students waving their arms wildly). The goal: separate the message, avoid the disruptions, reform on the other side. And it would have worked too, if it weren’t for those crafty disrupters who stopped the message twice before I encouraged them to be less effective in creating noise! Still, the students got the idea: Sometimes a physical demonstration works better than a block of PowerPoint text to explain an abstract concept. 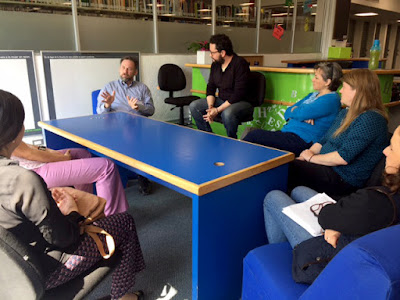 Just finished an hour-long coffee-conversation with faculty and staff members working to launch a campus writing center here at the Tec. Initially I was really nervous about this part of my visit since - while I worked closely with the SJSU Writing Center in my former capacity as Peer Mentor director - I'm hardly an expert on that university resource these days. Happily, I was able to bone up on the details with the aid of our Center's outstanding documentation (and their excellent annual report). Best of all, several folks who attended a recent training that Deanna Leigh Fassett and I presented dropped by. They're still talking about that Dinner Party exercise! 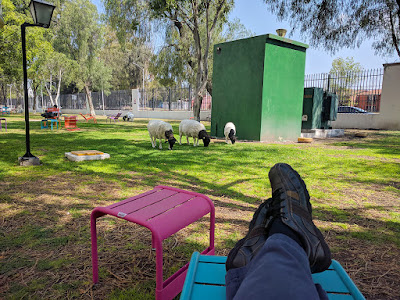 Enjoying a warm, breezy afternoon between lectures. And, OMG, this place has a sheep pen right behind the library! I've just now discovered my new favorite place to work. 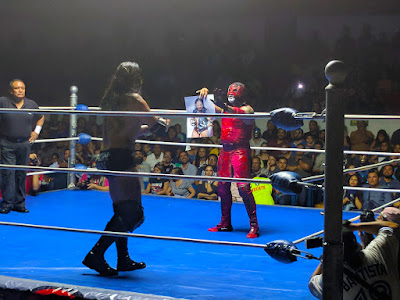 Yes, I have seen Lucha Libre at last! Such a strange, bizarre, wonderful spectacle. The first bout featured young "luchadors" who literally work for coins tossed by the audience. Later on, more well-known wrestlers enter the ring - wowing the audience with flying jump kicks and other choreographed moves. 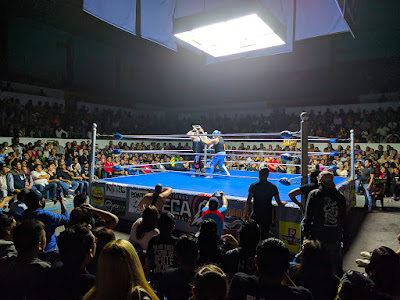 Of course this isn't mere sport; it's drama. Bad guys ("rudos") whack our heroes ("técnicos") with strategically placed metal chairs, and even sometimes distract the referee to score illegal points! Worst of all, the ref might join in the action (helping the rudos, of course - the swine!). Don't worry. He'll eventually be punished for his corruption. All the while we wonder, will someone get their masked ripped off? 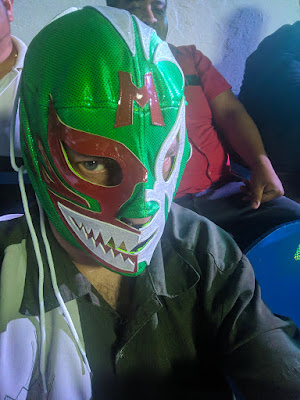 The action invariably spills out into the first rows, with good guys and bad guys (one playing a "werewolf") battling practically in spectator's laps. Better keep a good grip on your beer during these moments, lest it become a projectile! Between bouts, kids beg for autographs, which the performers (even the heels) kindly oblige. 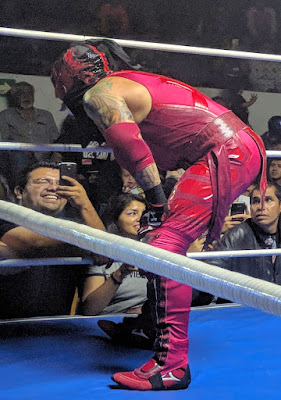 Throughout the 2 1/2-hour evening, the audience yells, cheers, boos, and celebrates when, inevitably, good triumphs over evil. Satisfied, we all then stumble into the night, ears ringing, blood pumping - ready for the next time Lucha Libre comes to town.

There is much more to remember from this past visit and, of course, I hope to return soon! 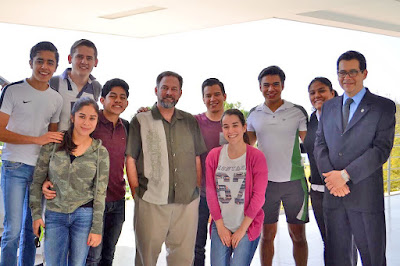 Email ThisBlogThis!Share to TwitterShare to FacebookShare to Pinterest
Posted by highway163 at 1:13 PM 0 comments