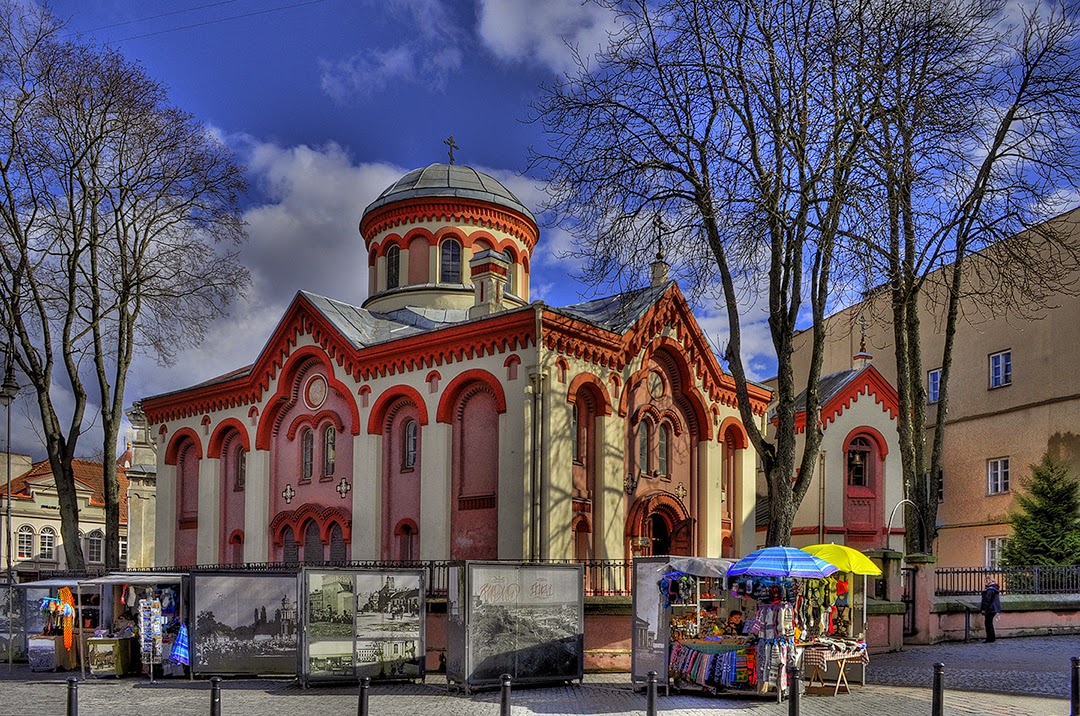 So much for spring; this week saw a return to cold, drizzly weather. Still I enjoyed the opportunity to do some traveling out of Minsk. Following a return to the Regional Institute for Education Development on Monday, I packed my passport and tickets for a trip to Vilnius, Lithuania. Almost as soon as I got off the train, one of my shoes that had been falling apart these past few weeks finally gave up, so my first stop was a crowded market of tiny stalls. Within a few minutes I was making my way through the Old Town district with arch-killing new shoes (and a subsequent search for comfort in-soles). I needed 'em, because Vilnius is filled with street art, on seemingly every crumbling walls and building - wild style tagging, mostly, a reminder of how rare it is to find similar street art in Minsk. 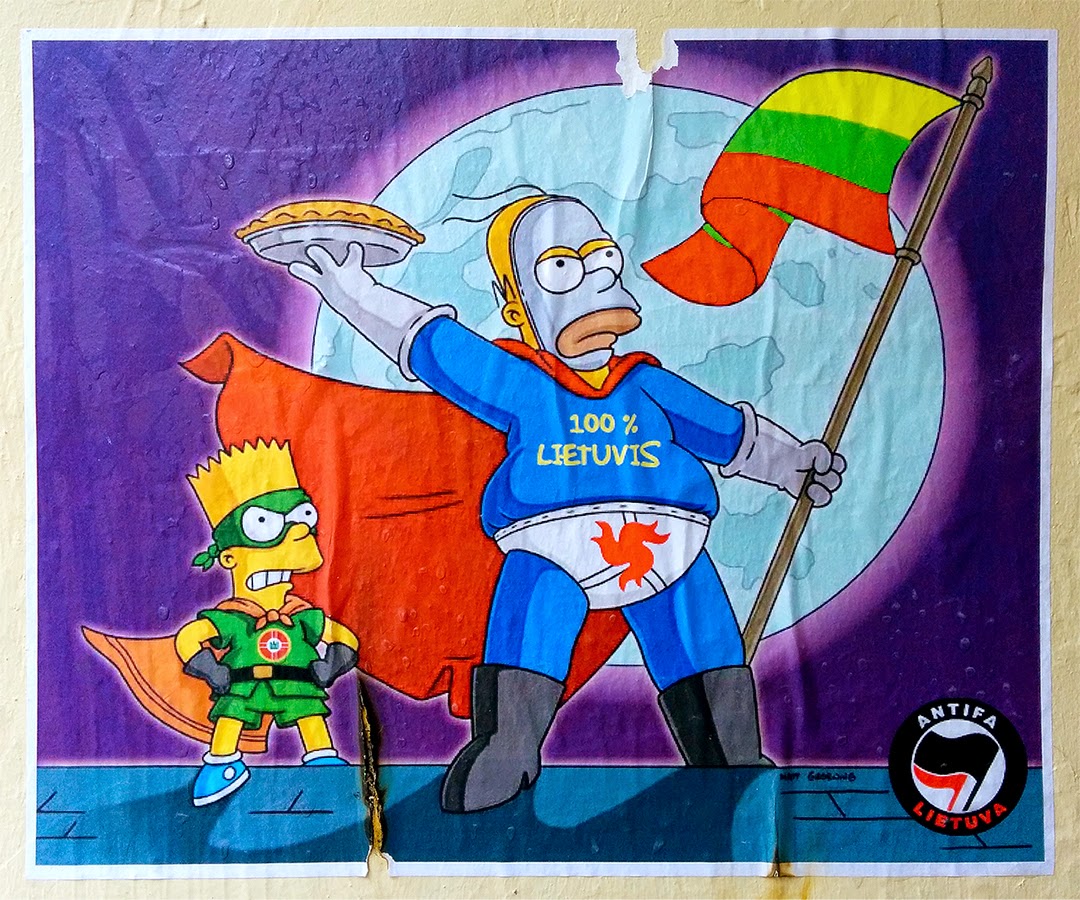 The weather flirted with rain all day, though the sun revealed beautiful blue sky and ravishing orange light on the walls and cobblestones from time to time. I walked away from the city center and stopped at a panoramic viewpoint. Then I tramped down a hill, making my way toward a pedestrian bridge over the river, and imagined what it must have been like to journey to Vilnius by foot. Later I found an appetizing plate of German-style sausage at the Meat Lovers Pub and downed a liter of hard apple cider, followed by a Czech beer. By this point I could recognize enough landmarks to navigate the town without my map, but I got thoroughly lost anyway. 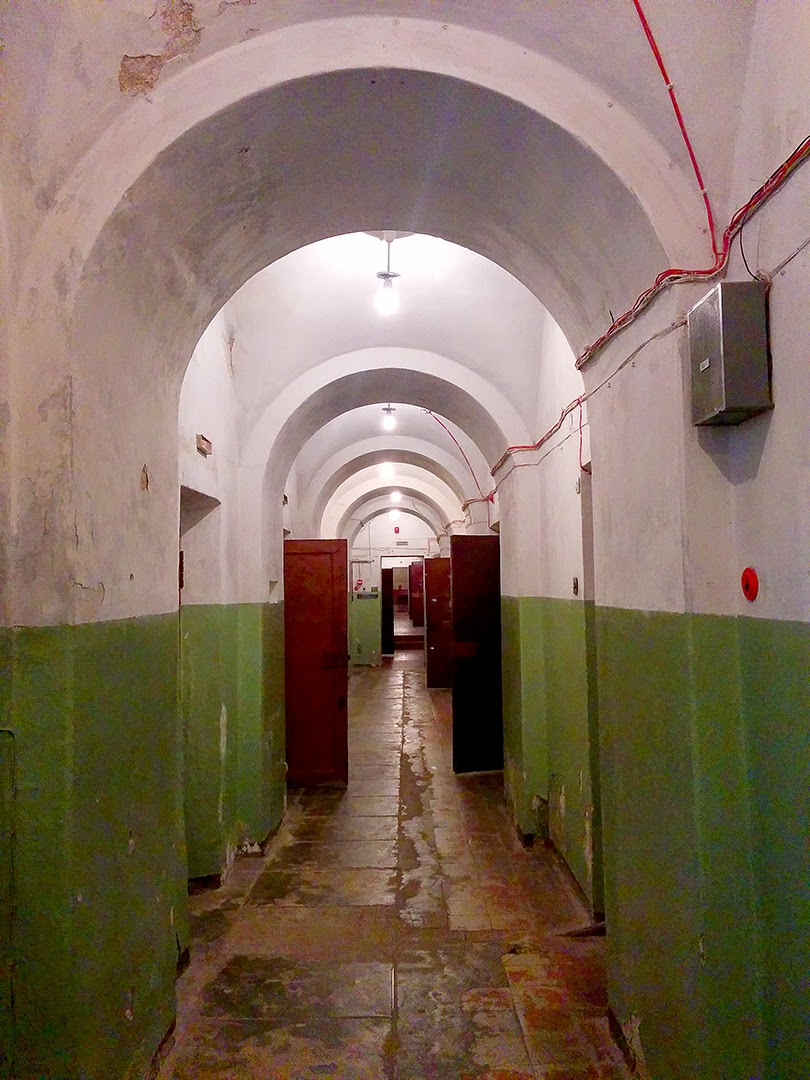 The weather turned more dreary on the next day, inspiring me to search out the KGB Museum, which is actually part of a larger assemblage called the Museum of Genocide Victims. The experience was sobering, particularly the displays of Lithuanian resistance to Soviet occupation and the execution chamber. That spot showcases scenes from a film that depicts prisoners being shoved into the room, being dispatched with a bullet to the back of the head, and sluiced up a metal chute to be trucked away. Afterward I plodded through an art gallery before heading back to the train station. I've only seen small pieces of this fascinating city. I hope to return soon; there's much more to learn. 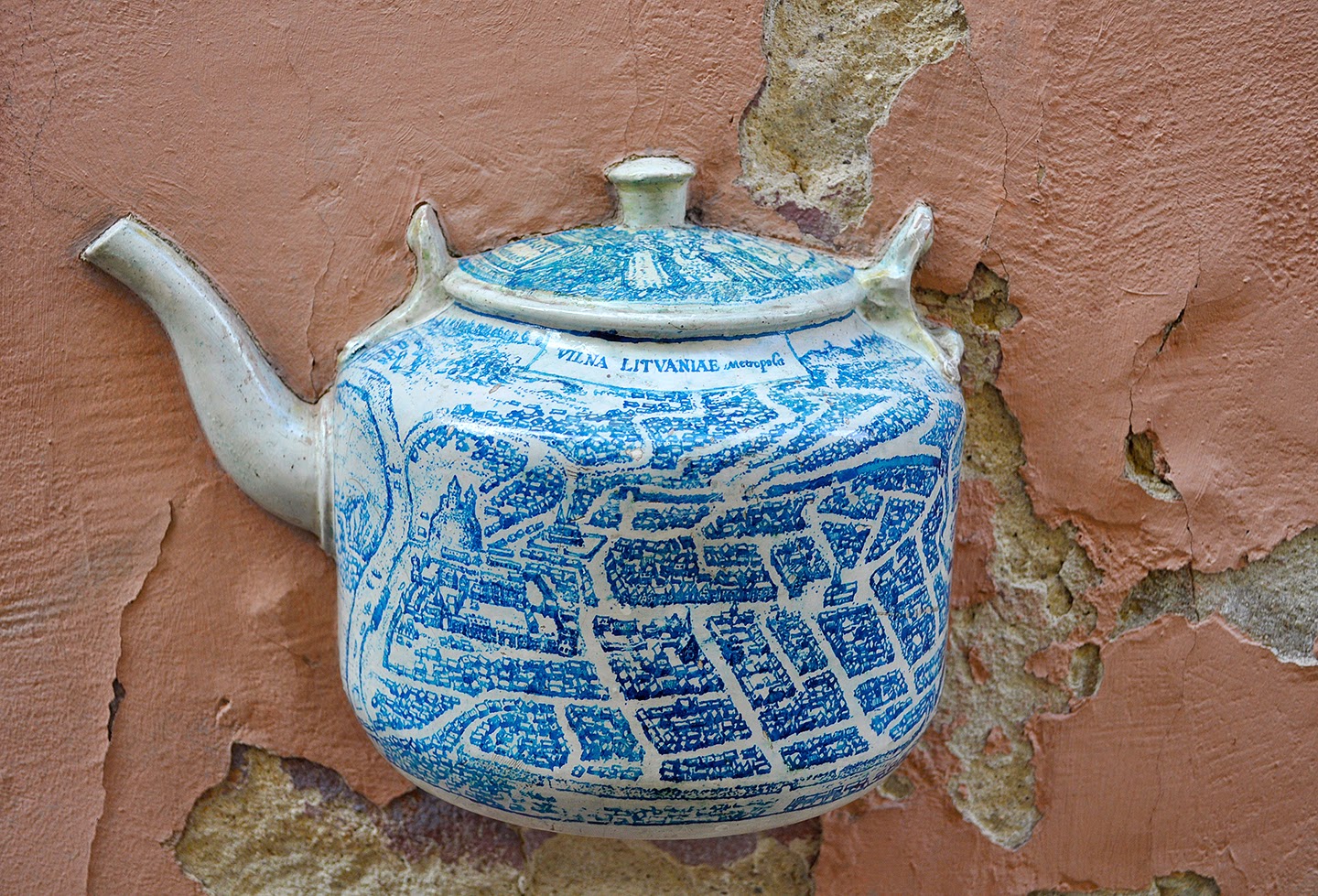 Rolling back toward Belarus, I was delighted to discover that my multi-entry visa does indeed work. Even so, the woman checking my documents subjected my passport to an impressive inspection, flipping through every page several times and paying extra close attention to the photo. I've recently shaved my beard way to nothing but stubble, which was probably not a good idea. And the three Chinese visas seemed to earn special scrutiny too. But she [sort of] smiled at my fragile Russian language attempts and let me enter Belarus anyway. Keep in mind that this happened on a train. Bad news would have meant getting tossed into some scary border outpost. 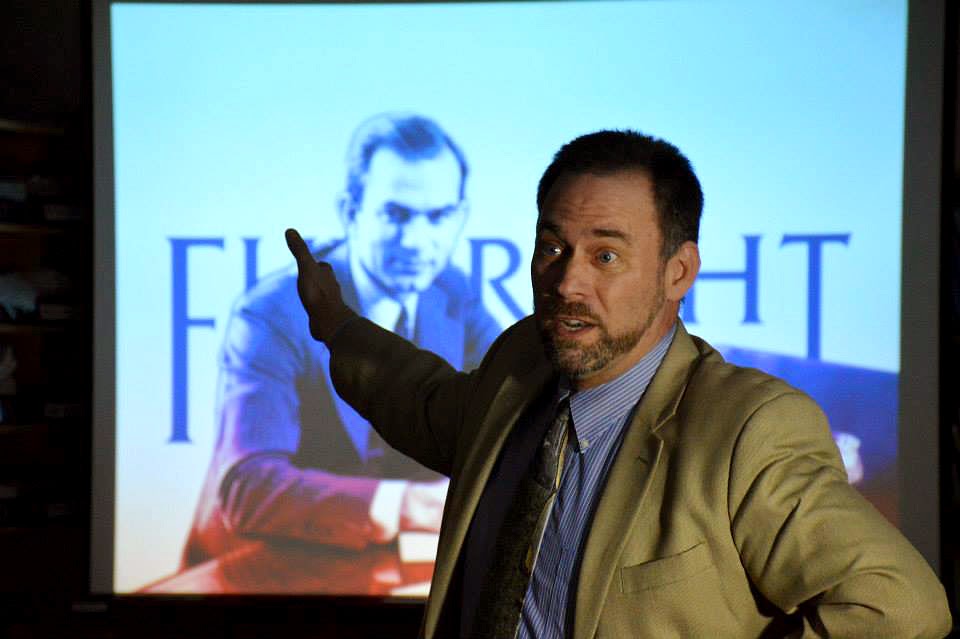 Thursday and Friday saw back to back trips to Baranovichi, a city about 150 kilometers from Minsk. Once more I joined an embassy pal to present lectures and facilitate activities about American technology and culture. The first day's talk went well enough, but there was a much more palpable sense of "otherness" to my show. Audience members were less willing to practice their English in the Q&A (though several wanted to sit for longer conversations afterward). I also did a brief interview for the local television folks. The reporter had clearly done her homework on the "Mother Road." She apologized for her halting English and, as usual, I reminded her that her mastery of my language is a heck of a lot stronger than my beginning Russian. My favorite part was the chance to visit with three young people interested in starting a club focusing on English and travel; I promised to share some swell road trip books and movies, and later received an invitation to return to town and attend one of their meetings. 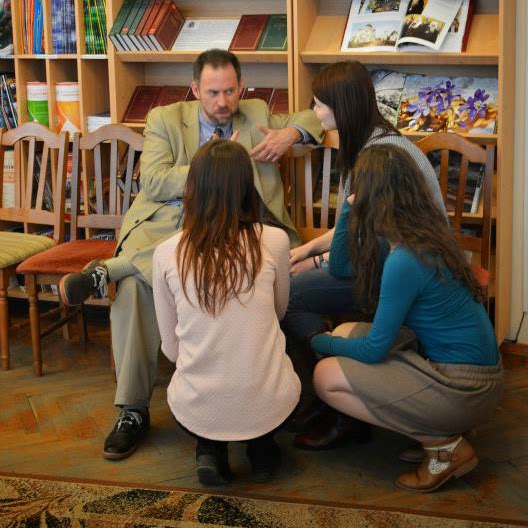 The next day I dispensed with the formal lecture and built a more interactive talk that featured some autobiographical material, a few "foreign" observations about Belarus, and a Question Time component that invited participants to evaluate statements about American culture as being true or false. Because so many folks around here, especially those living in the smaller towns and villages, base their understandings of the United States on media portrayals, it's really fun (and sometimes surprising) to complicate the inevitable stereotypes that divide us. 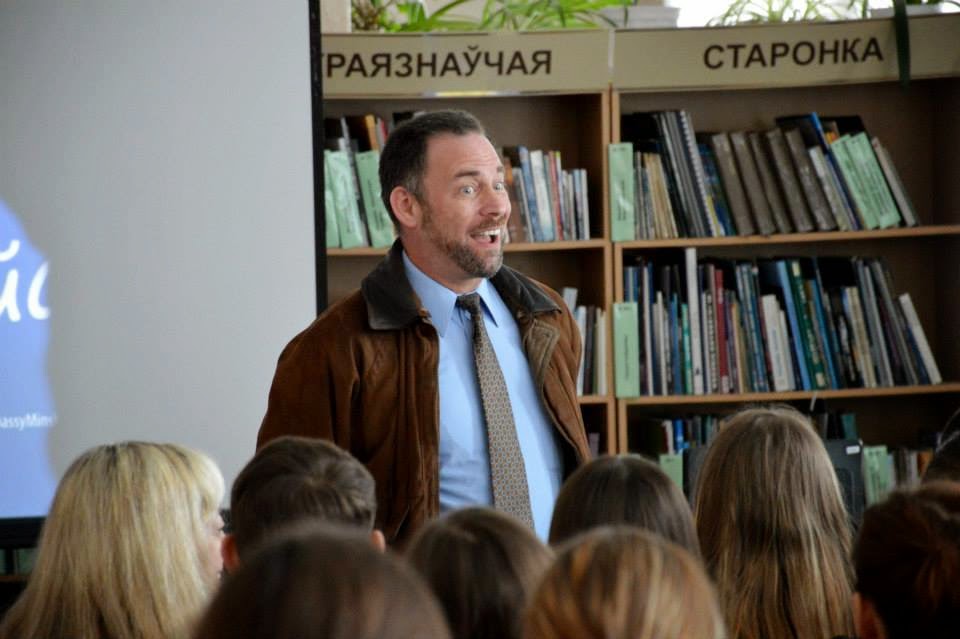 Of course it's only fair that I also play the game, so I asked attendees to create their own statements for me to assess. The first one - the one I hear everywhere I travel: "True or false: All Belarusian dishes must include potatoes." I always reply to that prompt that, while potatoes are an important part of local agriculture and cuisine, anyone who claims that "All Belarusians eat potatoes all the time," would be just as incorrect as someone saying, "All Americans eat pizza all the time." We all seem to agree with that idea. The best moment followed soon afterward when someone offered the following prompt: "Belarusian women are the most beautiful in the world. True or false?"

A beat of awkward silence...

"...Because Jenny, my wife, is not Belarusian." Another half-beat, and then the group erupted with laughter and applause. 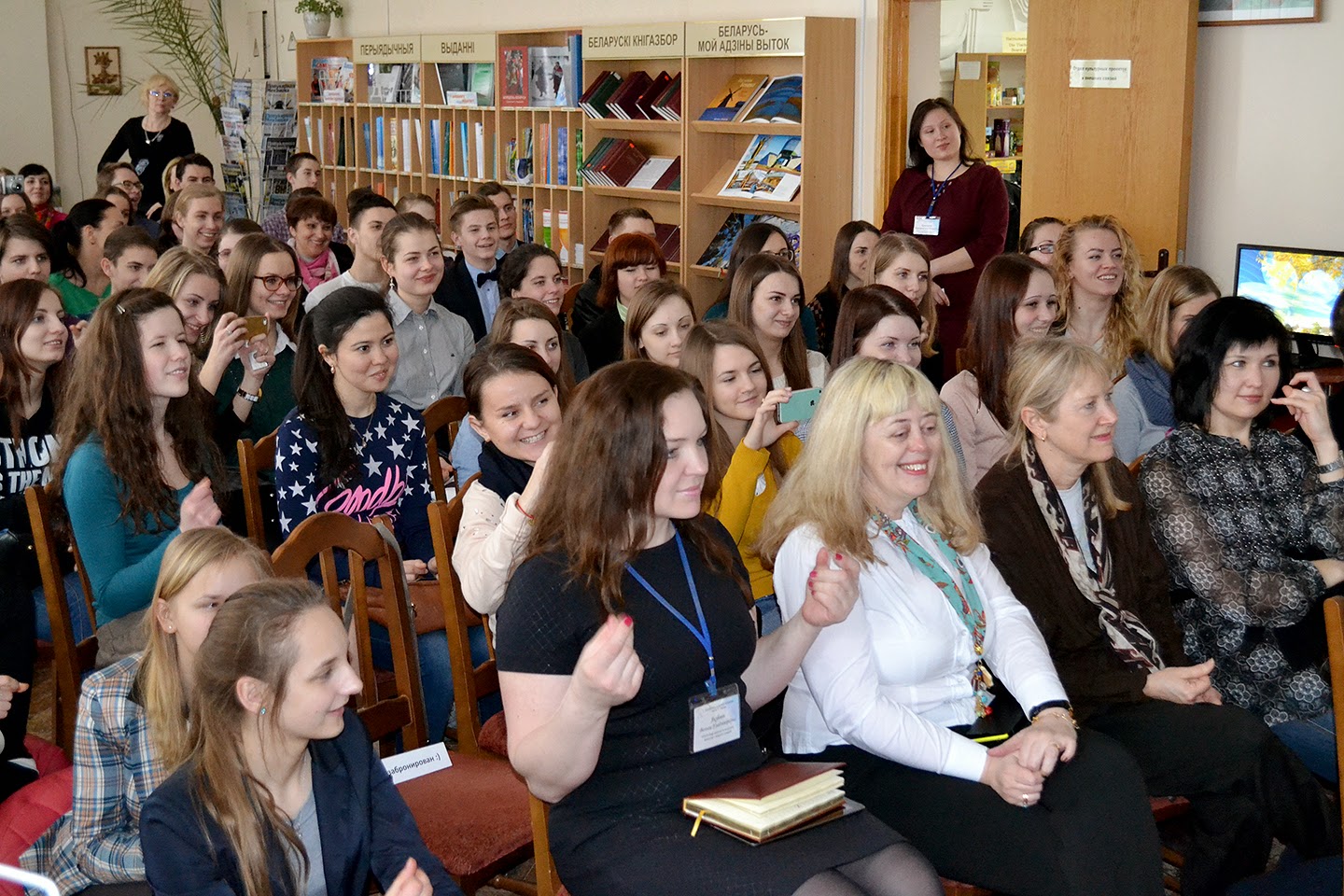 Email ThisBlogThis!Share to TwitterShare to FacebookShare to Pinterest
Posted by highway163 at 4:44 AM

Love the Homer Simpson piece - even though I'm not quite sure what to make of it!

Yeah, I thought of you when I photographed this sign. You might recognize the Antifa affilation on the lower-right. But how precisely that group correlates with "100%" reference is a bit mysterious to me.

Well and then there's the pie! I'm not sure what that means. I'd like to see the frame before and after this piece to have some context!