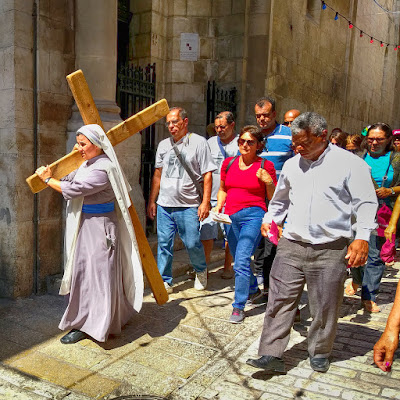 While visiting Jerusalem this past June, I posted a Facebook note that I’d like to keep [slightly revised] here…

Now I know why some folks go a little mad in Jerusalem, wrapping themselves up in the hotel bedsheets and proclaiming themselves to be prophets. This intersection of Judaism, Christianity, and Islam is a pulsing hive of sound, movement, and tempers kept in check by a largely mutual desire to keep cool under the scorching sun. 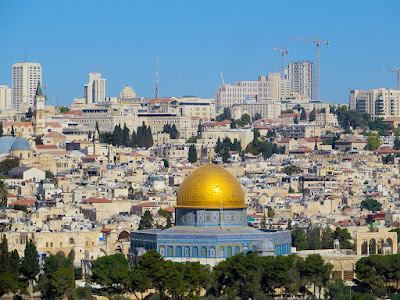 Souk pathways snake underground, connecting the old city via ancient tesseracts. Young Arab kids sport high and tight fauxhawks (many waiting outside subterranean barbershops to get their cuts done right). One dude lifts up a tight shirt to reveal chiseled abs; another scrapes a piece of bent metal against the wall, sneering as he passes. Israeli cops occupy strategic intersections, keeping a wary eye and wishing for shade. 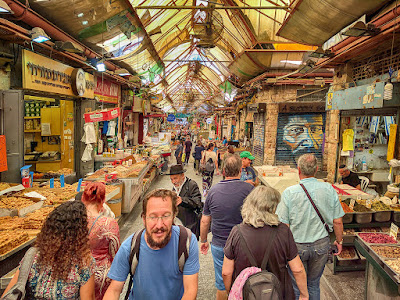 Odors of saffron and ground pepper waft on static currents, occasionally blown away by unexpected cool breezes. We search for cheap cups of mint infused lemonade, learning the hard way that our initial price of 15 Shekels for a small amount is way overpriced. We pass by satiric t-shirts (“Jew Jitsu,” “Pika Jew,” “Guns and Moses,” and one that depicts a Google search for Israel: "Did you mean Palestine?" Little by little we’re finding our way through the old city. 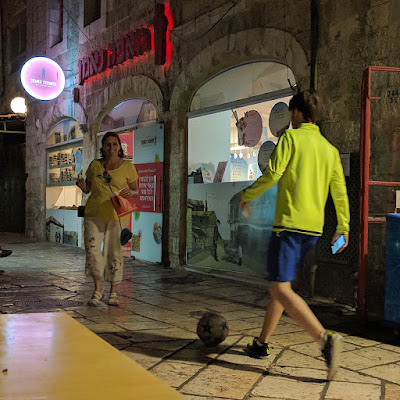 Email ThisBlogThis!Share to TwitterShare to FacebookShare to Pinterest
Posted by highway163 at 7:15 AM