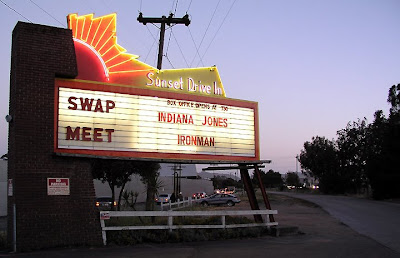 Just yesterday, Mandy Major published a commentary entitled Drive-ins deliver Hollywood hits alongside a sense of nostalgia. In her essay, Major cited San Luis Obispo's Sunset Drive-In as one of the nearly 20 drive-ins remaining in California (out of less than 400 nationwide). Coincidentally, Jenny and I visited the Sunset last Friday as part of our twentieth anniversary celebration, and we loved it. 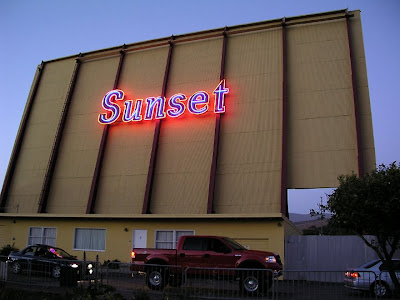 The price was six bucks a head for a double-feature of first-run movies. While the Sunset offers only one screen, we lucked out at the pairing: Indiana Jones and the Kingdom of the Crystal Skull and Iron Man. We arrived at about 7 and enjoyed the lovely transition from dusk to night, with me shooting photos of the neon marquee and "Sunset" sign behind the screen.

The property is well maintained, featuring a swell snack bar that sells all the typical treats. My favorite part of the snack bar are the speakers and large windows behind the counter, allowing you to see the movie while you're waiting for the popcorn. Intermission is also a treat. The Sunset projects the "Let's all go to the lobby" cartoon, along with other pitches from the sixties and seventies. That's a sign of a drive-in that values its heritage. 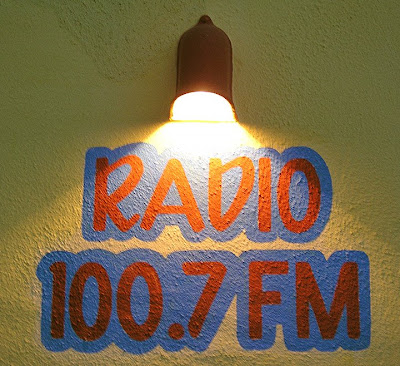 Jenny and I loved visiting the Sunset Drive-in. We're only bummed that getting there requires a three-hour drive. Even so, depending on the show, we might consider the trek on down to SLO to visit this drive-in again. It's the return drive that would be a bit much. Who knows? We might stay at the Madonna Inn a bit more frequently from now on. 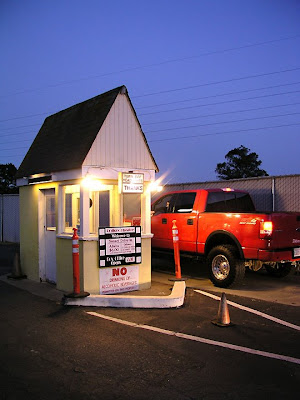 (Photos by Andrew Wood)
Email ThisBlogThis!Share to TwitterShare to FacebookShare to Pinterest
Posted by highway163 at 10:53 AM