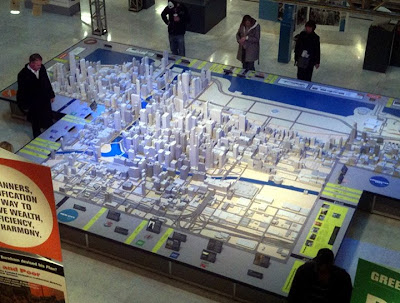 While attending the 2009 National Communication Association conference, I came across a miniature city at the Chicago Architecture Foundation. Snapping (admittedly crappy mobile phone) pictures of this scale model City of Big Shoulders whetted my appetite to pursue the "tiny towns" project that is my typical answer to the question, "So, what will you write after the omnitopia book?" 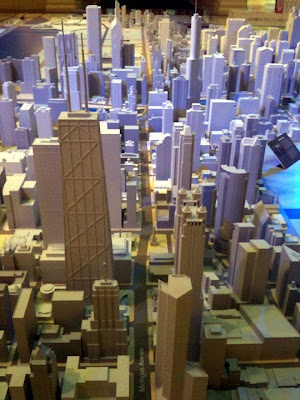 The new project is about the structural and perceptual construction of the god's eye view, focusing particularly on why we are drawn to this kind of gaze. Chapters will concentrate on 19th century bird's eye lithographs, touristic "tiny towns," model railroads, chamber of commerce-type model cities, and (perhaps) an analysis of Google Earth's spatial/communal rhetoric. 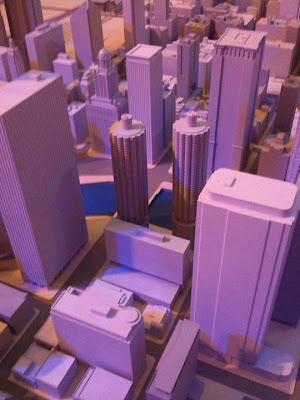 "Tiny towns" may become a series of articles, a book, a web project, or some other manifestation of the idea. I'm at such an inchoate place in my thinking on the subject that there's no point in making promises. But now that my public presentations on City Ubiquitous appear to be slowing down (though a couple more have recently been scheduled) it seems right to look forward to the next adventure. 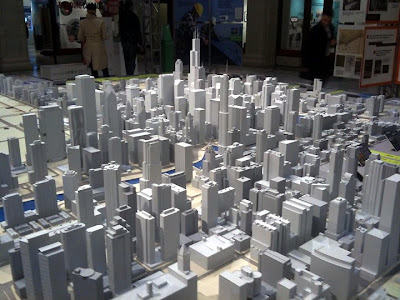 Email ThisBlogThis!Share to TwitterShare to FacebookShare to Pinterest
Posted by highway163 at 10:00 AM