Minsk contains many charms and opportunities for exploration, but after more than six weeks I've gotten a little stir crazy. There's just too much in Belarus to see! So you can imagine my excitement at the chance to hop a train for another city, even if only for the weekend. Better yet, I joined a fun and convivial group: Heidi and Erich (fellow Fulbrighters), Clark (an English Language Fellow), and her husband and son, Will and Ace. We took the train to Baranovichi to pick up Heidi and completed the four-hour trip together to Brest near the Polish border.

I've learned to never take weather forecasts too seriously around here, so I wasn't shocked when promises of blue skies and sunshine were met with realities of fog and mist. Undeterred, we found a nice cafe to enjoy some local cuisine, which meant a hot pot of meat, potatoes, and veggies for me - along with a bolshoi-sized beer. Afterward we hoofed it down the boulevard to visit the Brest Fortress. To understand the meaning of this place, one must remember that Belarus suffered a higher percentage of deaths in World War II (known as The Great Patriotic War here) than any other country on earth.

While specific numbers remain subject to debate, at least one in four Belarusians were killed during that conflict - either in combat or in Nazi extermination programs that included the torching of entire villages [most Belarusians say the actual number is closer to one in three]. For that reason, Russians and Belarusians take great pride in the soldiers who defended the Brest Fortress in the fierce assault of Operation Barbarossa and continued the fight as partisans in the bloody years that followed. For Americans who might only know about this place from CNN's ill-conceived mockery of its mammoth Courage Monument, the Brest Fortress is a sobering experience.

Given the drizzle (and our tired feet) we hunkered down in a shared apartment after our excursion and chatted into the night. The next morning produced some of the sun that the forecast had promised for the previous day. Most of my pals were still sleeping, so I headed out for a quick return jaunt to the Fortress. There might have been about ten other folks wandering about, lost in their own revelries. Once more I ambled around the fortifications, pausing to gaze upon statues and thinking about horrific violence hurled against this place.

Occasionally I'd hear a snatch of audio from the massive star-shaped entrance - sounds of battle, songs of heroic deeds - and I thought about the stories my grandfather told me about his service in the Second World War. Eventually I had to fast-walk back to our apartment; I didn't want to delay my friends. Our plan was to enjoy breakfast before getting back onto the train for Minsk, but International Women's Day meant that most cafes were closed, which seemed fair enough. We settled for a quick lunch at the station and then, back onboard the train, chatted, played games, and eased into the pleasant rhythms of a slow journey home. 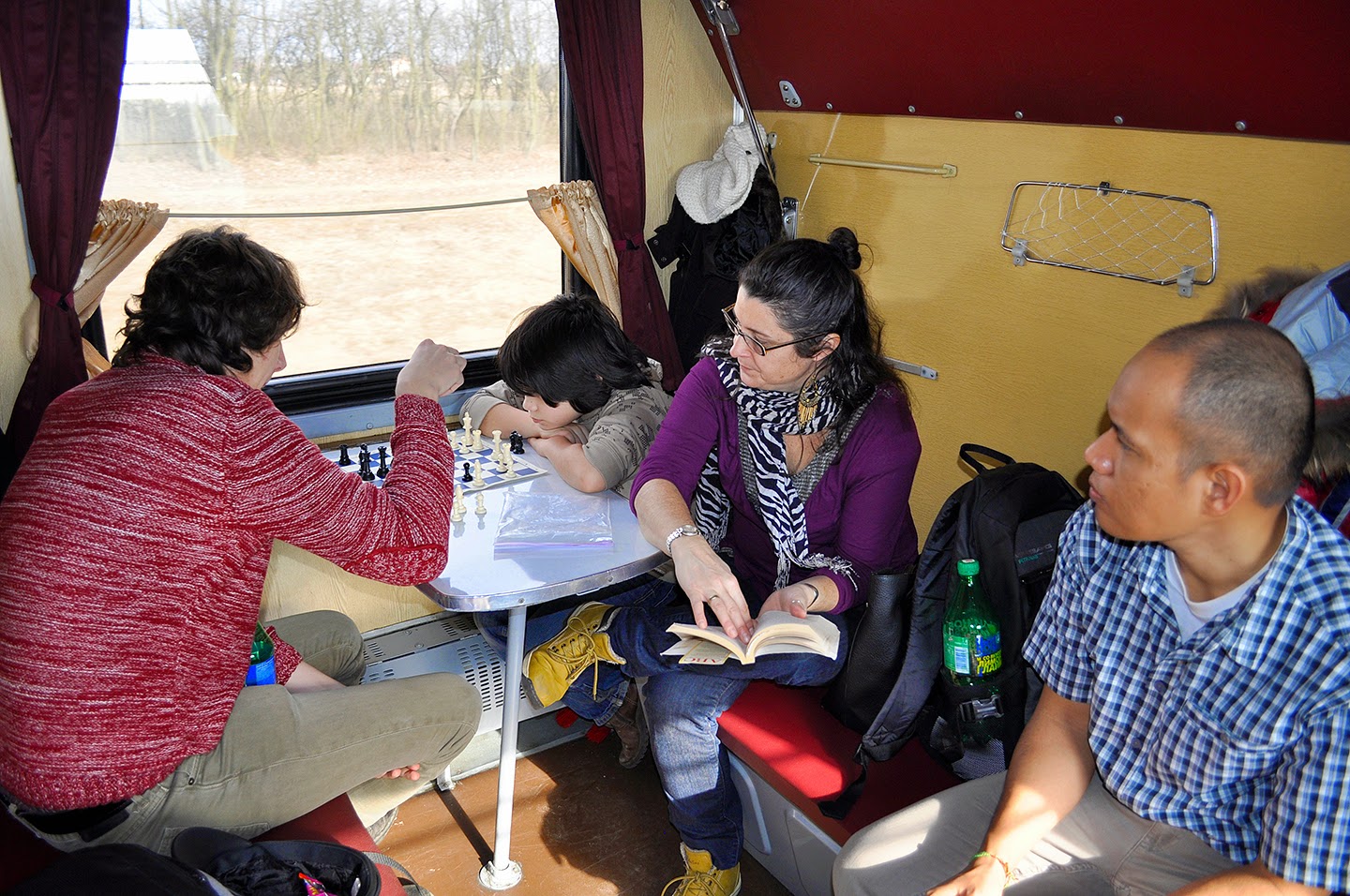 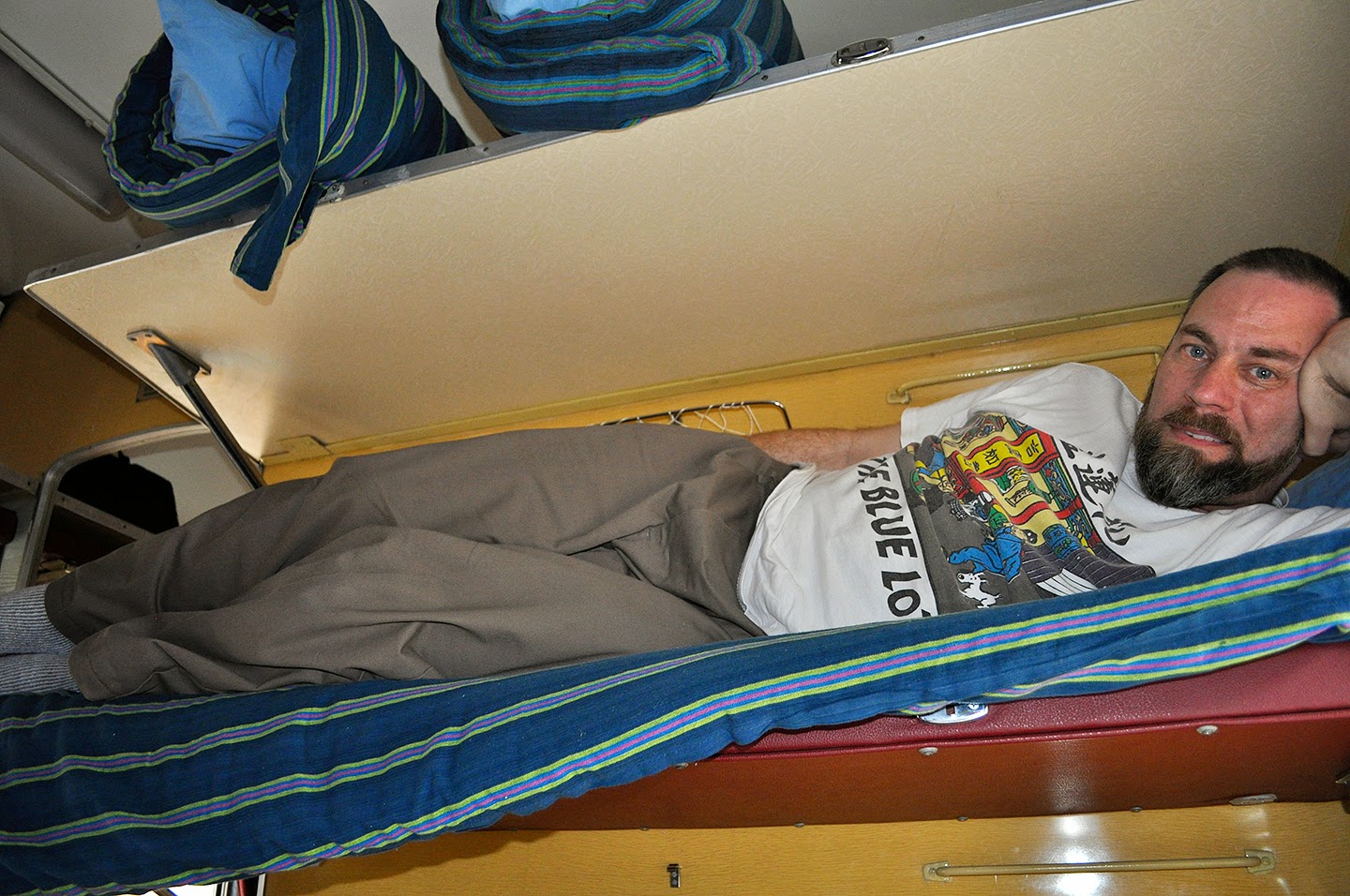 Email ThisBlogThis!Share to TwitterShare to FacebookShare to Pinterest
Posted by highway163 at 6:27 AM