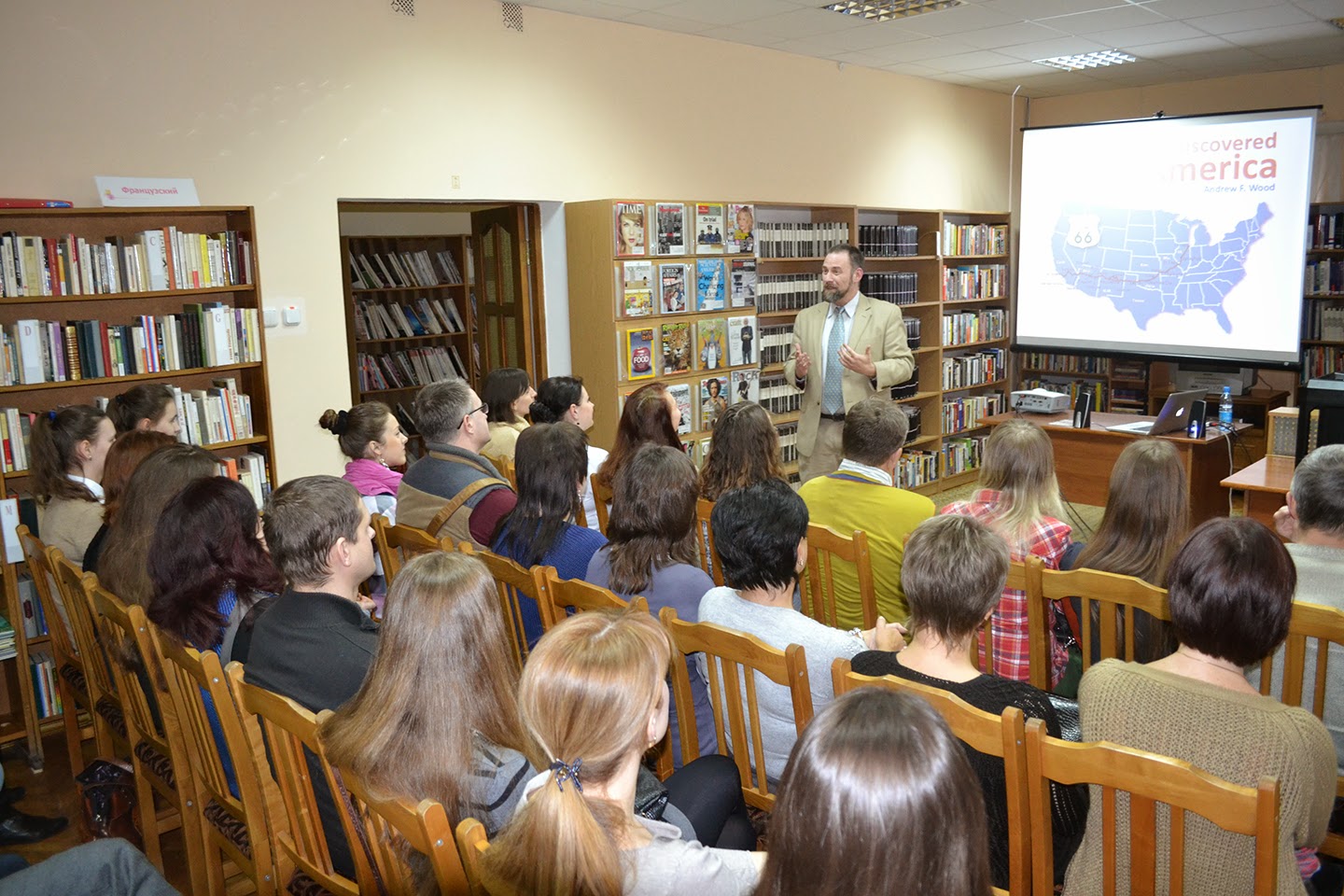 Today marks two months in Belarus and concludes an adventuresome week. The highlight was a two-day opportunity to visit the city of Gomel, about four hours east by car, where I was invited to deliver my Route 66 lecture at the regional library. I joined a small contingent from the embassy and presumed that I'd present on the first day, leaving much of the second day for the sorts of random wandering that is my preference. But our friends at the library had other plans, which meant formal meet-and-greets, an introduction to their rare book collection, an interview with the local television station, and a fast-paced tour of Gomel's beautiful park - led by a local guide who was determined to show me everything she could in two hours. After figuring that I'm somewhat of a shutterbug, my new friend encouraged me to take a photograph of pretty much every statue and building in downtown Gomel. 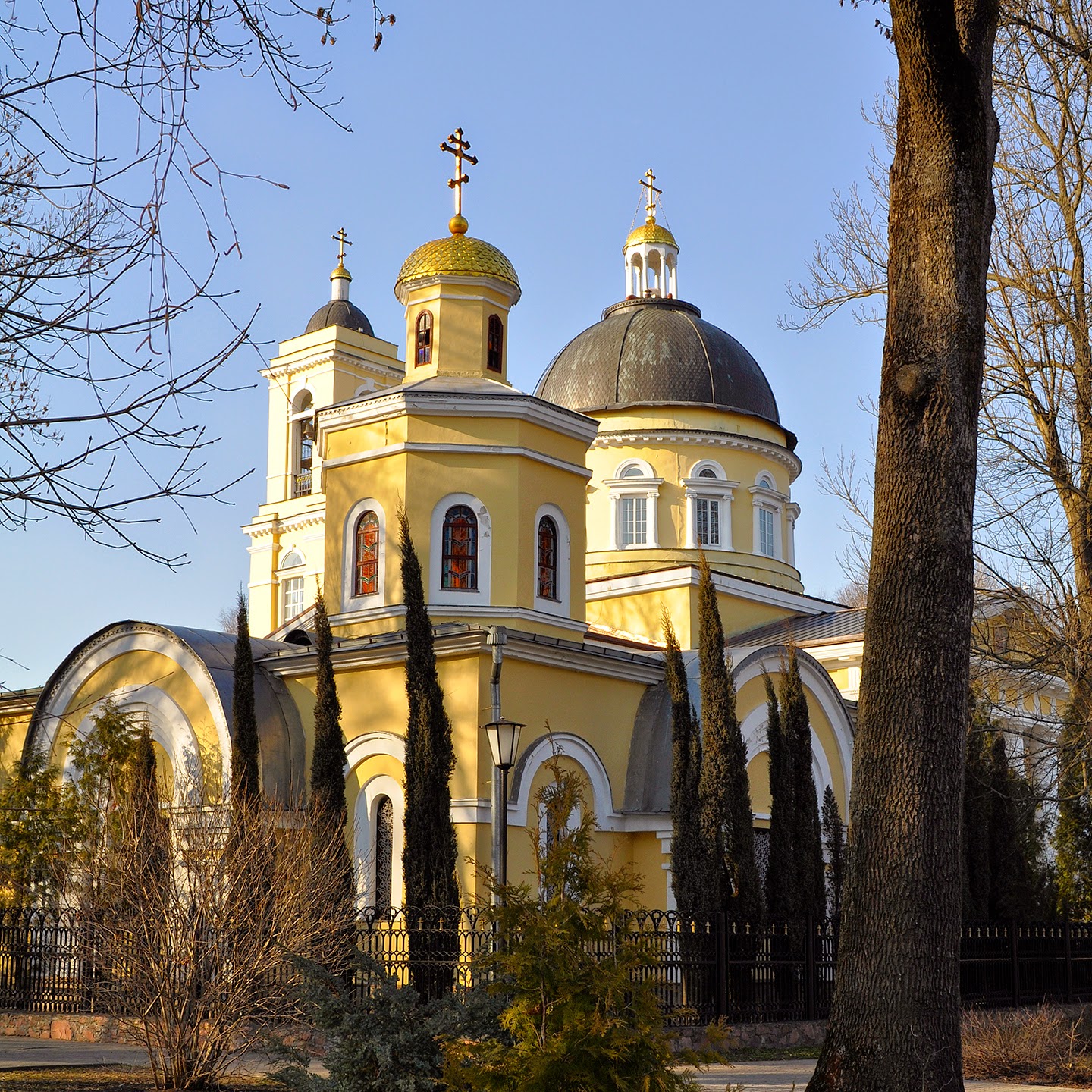 Returning to the library to deliver my talk, I was so breathless that I had to sneak off for a moment just to compose myself. A few seconds later, one of my embassy friends found me. "Are you OK?," he asked. "Someone saw you here and thought you were lost." Once more I steadied myself with the quiet mantra: "You've been here before" and then launched into the lecture. I was amazed and delighted at how the jokes landed and the references connected. Best of all, the audience snapped their fingers in perfect percussion as I belted out the immortal "[Get your kicks on] Route 66." Afterward I joined an embassy pal in search for dinner and felt some pride that I was able to recall some of the orientation lessons provided by my guide. "Well, the streets radiate outward from the Lenin statue, you see. So I figure we should head that way, toward Sovietskaya!" 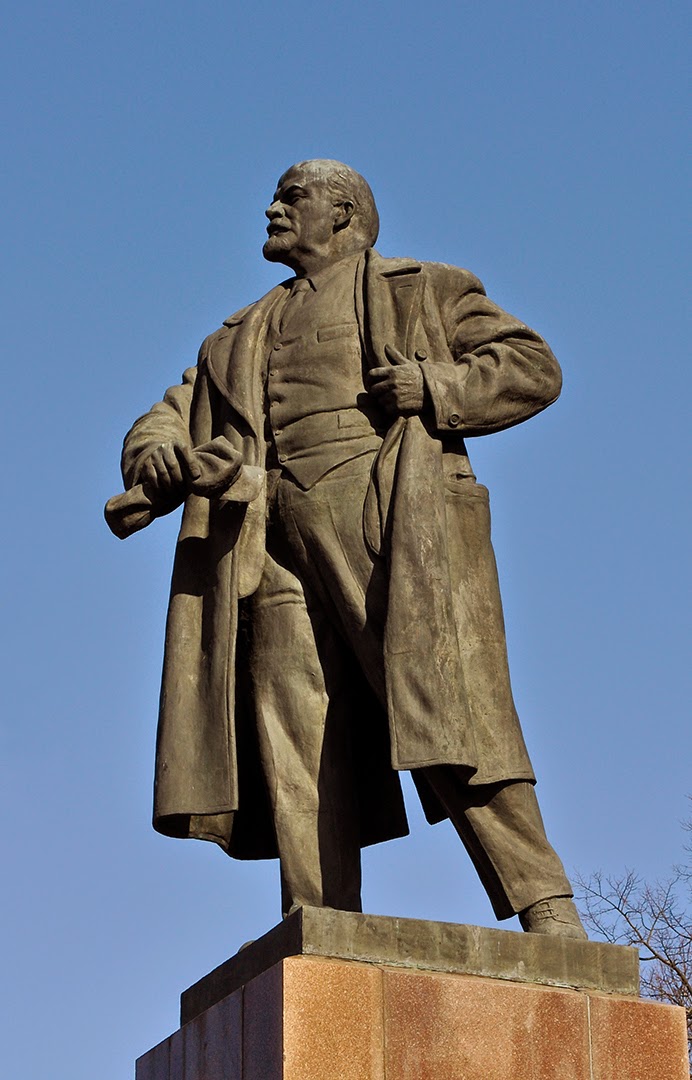 The next morning, our friends at the library requested that I present my Route 66 lecture again - this time for a large group of visiting students. Before the lecture our hosts offered me a tour of the larger library complex, and I was bemused (and a little embarrassed) by the sight of employees standing at attention as I'd come into the room. I wanted to say, "Relax folks, it's just me!" Before too long I was back in the lecture room, ready to greet a new audience. Many of the kids were less confident in their English than the folks I met the previous day, but they were unfailingly courteous and engaged. I am constantly amazed to consider that for many folks in Belarus, I'm the first American they have ever met. Toward the end of our visit, I was invited to take another tour, and thus enjoyed an opportunity to visit the palace that is the centerpiece of the park. Then came another formal coffee, with many kind words and some lovely parting gifts. 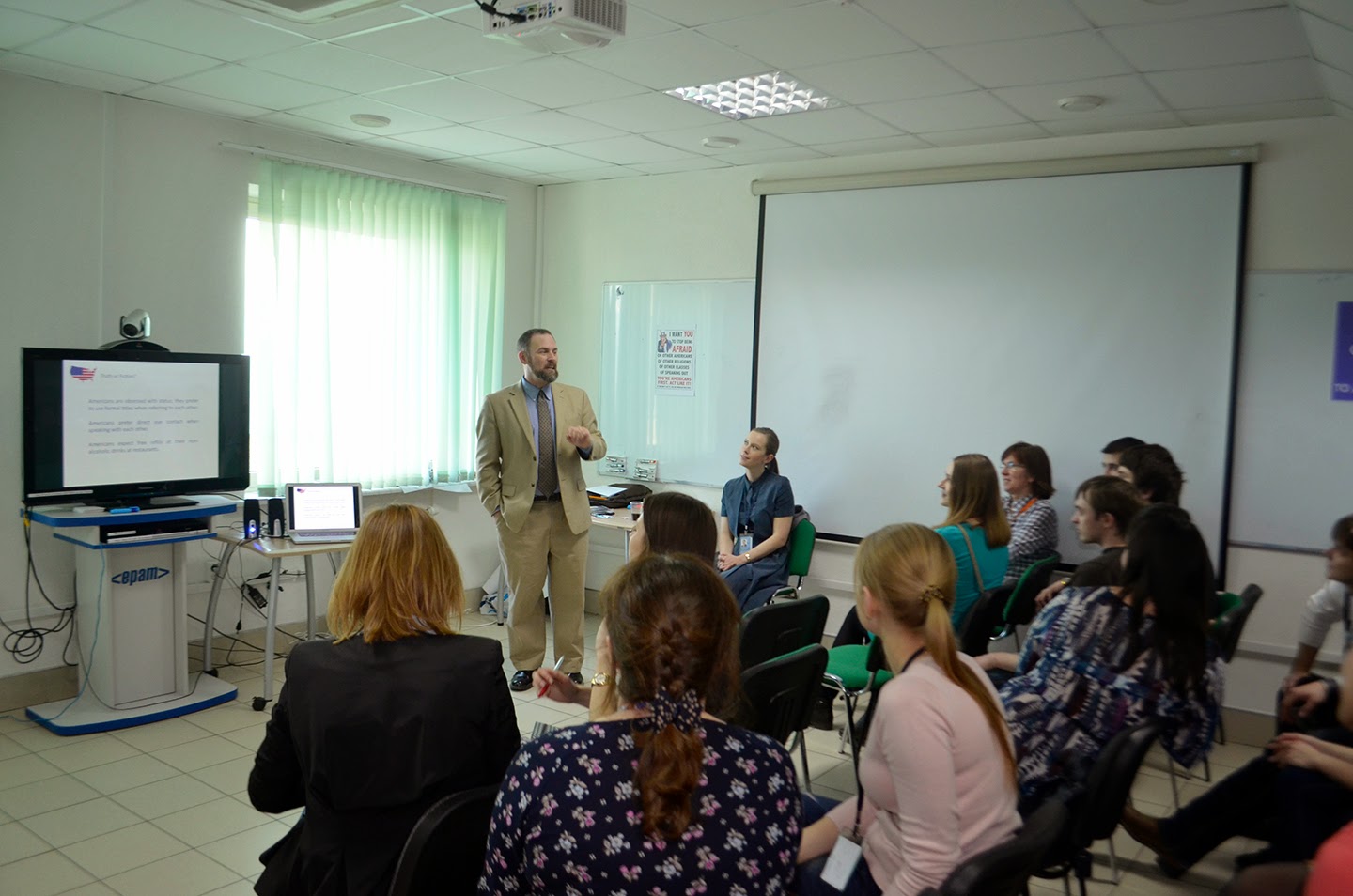 One day later I was at Epam, a Belarusian IT company, delivering another talk. This time, though, the topic was new: "American Dreaming: Facts and Myths about American Culture." My host had worked with me for the previous couple weeks to develop this idea. She'd seen my lecture at the Minsk Book Fair and dug my approach, so she set the whole thing up. Her goal was to introduce her colleagues to an insider's look at American business practices. During our deliberations, she asked what kind of food might help set the scene. Because she asked me to integrate a small portion of my Route 66 talk into the program, I recommended (only somewhat in jest) what seemed like a quintessential delicacy: "Pigs in a Blanket" and Cokes. Well, I'll be darned: She made 'em, and they tasted really good! They also inspired the line of the night, uttered by our host to convince attendees to try the meal: "Eat a piece of American culture while it's still warm!" 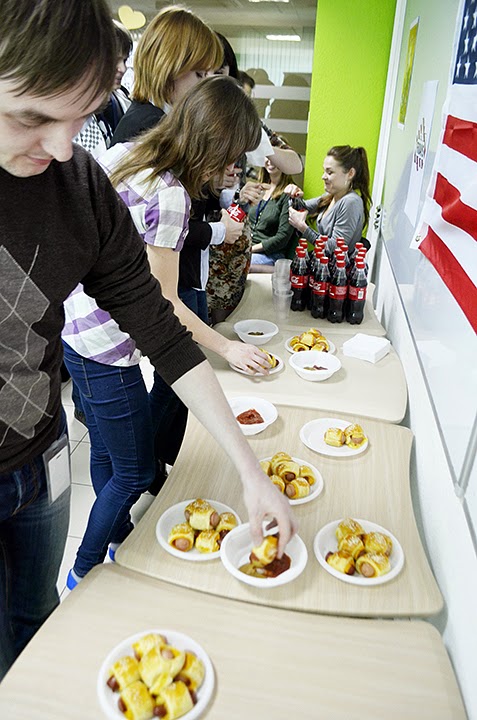 The talk was anchored with a discussion of various statements - some true and some false - about American culture. Examples include "Americans prefer direct eye contact when speaking with each other," "Americans maintain a strict divide between their work life and home life," and "Americans expect to give and receive gifts in their business relationships." Then attendees had a chance to turn the tables and pose statements about Belarus for me to evaluate as either true or false. Some of their statements include the claim that "Belarus only has one national language," "Belarusian families are expected to have three children," and "Belarusians never smile." It felt good to confirm that I've learned a fair amount in the two months since I arrived. The only surreal portion of the night was the door prize for attendees: a chance to take a selfie with me!

Email ThisBlogThis!Share to TwitterShare to FacebookShare to Pinterest
Posted by highway163 at 8:50 AM

I find it amusing that here, you're just like everyone else. But when you go to another country, it's almost like you're a mini-celebrity of sorts.