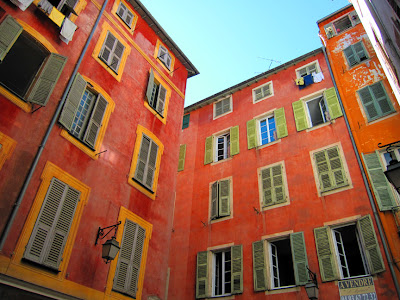 Though today was primarily scheduled around travel, we had a few hours in Nice before we were supposed to board our train. Since we'd spent so much time yesterday on the beach, and were scheduled to sit on a train for about six hours this afternoon, we decided to focus the morning on walking. We began with a return to the Old Town district, searching for good light to shoot some photos. It's surprisingly difficult, given that the buildings stand so close to each other. The sun has to be in just the right position for its light to reveal the color and detail of those facades. 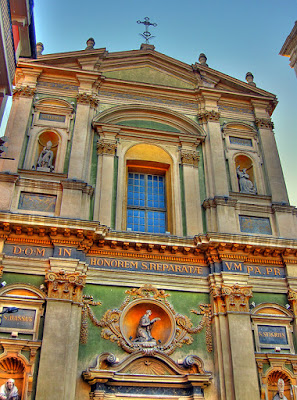 Along the way we stopped at Berlandises where Jenny picked through macaroons, cookies, and other candies to bring back to her pals at work. We also walked by a French Foreign Legion (Légion étrangère) recruitment office, and I shared with Jenny the remarkable story of a group that allows men from all over the world to adopt new identities, and potentially French citizenship, by their willingness to go places and do things that no sane person would cheerfully contemplate. 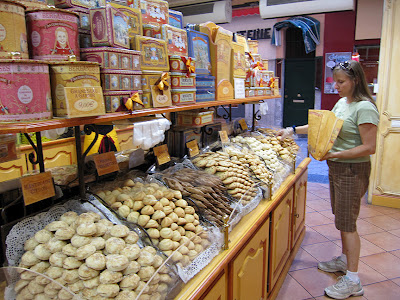 We also stopped to watch the unfolding of a traffic jam caused by an abandoned car in the middle of a tight intersection. The woman driving one of two buses thought the ideal response was to lean on her horn. I opted to join some folks trying to move the stuck car. No luck. After a while, we abandoned our efforts and left the snarling mess behind. The heat was rising and we counted down the minutes before we must drag our luggage the final six blocks from our hotel to station. 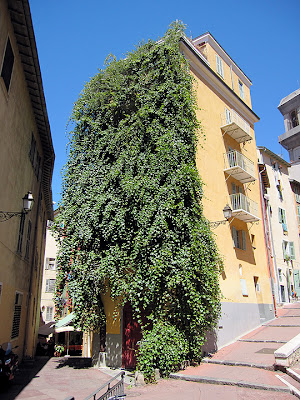 We were both buzzing with excitement about Paris, a place we've both wanted to visit for years. That's why I packed that silly-but-sweet romcom starring Meg Ryan and Kevin Kline: French Kiss. This movie is a quintessential guilty pleasure. Despite its predictable plot and "Ohmygosh-Aren't-I-Cute?" emoting by Ryan, French Kiss contains so many delightful images of France and so many quotable lines of dialogue (in the Wood household, at least), we had to see it once more before arriving in Paris. Our perfect solution: watching it on my laptop while our train made its way north. Viewing the moment when Kline and Ryan's characters fall in love on the train - on a train - was one of the coolest things we did on the entire trip. Interpret that as you will. 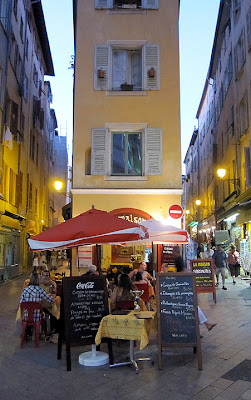 We arrived after dark and - just like our first sight as we emerged from the Athens subway - our first true glimpse of Paris was perfect: the Eiffel Tower. I've studied and lectured about it as an artifact of the 1889 World's Fair, and I've long imagined that seeing it for real could hardly surprise me. But there's something magical about the immensity of this thing, knowing that even far away this tower glows majestically over the city. I've heard that even miles away, many Parisians can see its light at night. And our hotel was only three blocks away.

Even so I was sure we'd get a lousy view. I'd spent a fair amount of time researching "Tower-view" hotels and found, as you'd imagine, that windows facing the darned thing come with a premium price. One place, Les Jardins d'Eiffel, came with good reviews but never could quite seem to guarantee that we could get that fantasy view. We stuck with them though, settling for close proximity and accepting the reality that we’d get our typical vantage point of a parking lot. I didn't even bother asking the night manager when we checked in. We entered the elevator, got off, and turned enough corners for me to know that we were out of luck. I opened the window... and saw the tower glittering. Seriously, the thing wasn't just aglow; it actually sparkled.

I couldn't wait to get out of that room and get closer. Jenny and I dropped of our gear and practically ran back downstairs, thanking the manager as we departed. I'd heard that our travel agent had sent a message to the hotel a week or so back, asking that we’d get a break. Apparently it'd worked. We ignored our map and simply headed in the direction of the glow. Within about 15 minutes we joined the crowds on the Champ de Mars, marveling at the massive lines of folks queuing to ride to the tower's top. Just being there was enough for us. We'd get our ideal Paris view - with the tower, not from it - in the next couple days, maybe from the Sacré-Cœur Basilica in Montmartre. We sat on the grass and ignored the vendors who wandered about trying to sell bottles of cheap champagne. Eventually we learned that the fluttering light show restarted every hour, which gave us plenty of time to set up a shot. As we waited, Jenny and I watched the swirl of searchlights that circled about the tower and grooved on the moment. Paris, at last! 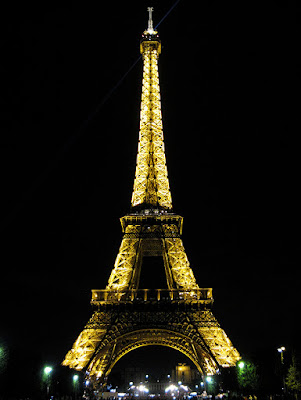 Day 19 | Day 21
Email ThisBlogThis!Share to TwitterShare to FacebookShare to Pinterest
Posted by highway163 at 9:55 PM