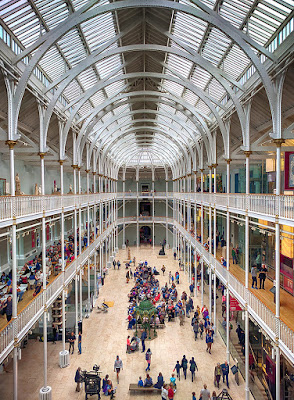 Chillin' today. Did a bit more shopping, completed some chores, picked up tickets for tomorrow's shows, and visited Oink for lunch (vegetarian friends, don't look in the window if you're walking by. Trust me, you won't like it). I then stopped off for a dram at the White Hart - when, who'd I see but Matt's mom and friends from the cast of Vivaldi for Breakfast! It's so nice to run into new pals in a strange city. I think I'll check out the Scottish National Museum this afternoon. Out on the Royal Mile, buskers and performers are pitching their wares and performances, sea gulls are wheeling over the streets like they're following a map, and rains occasionally wash over the city just to remind us where we are. 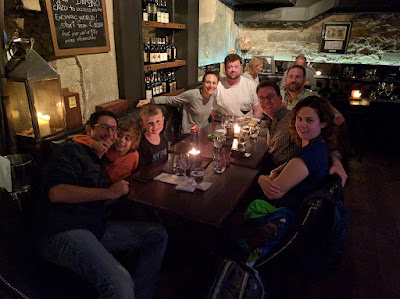 After an afternoon nap, I joined friends for dinner at Divino Enoteca - a lovely meal and conversation - accompanying one new pal for an impromptu attendance of a late-night Fringe show called F*ckboys for Freedom - followed by a return to the apartment for post-midnight Scotch and chat with Hanns about classical music and Hitchcock films. Yeah, it's been that kind of trip.
Email ThisBlogThis!Share to TwitterShare to FacebookShare to Pinterest
Posted by highway163 at 11:00 PM